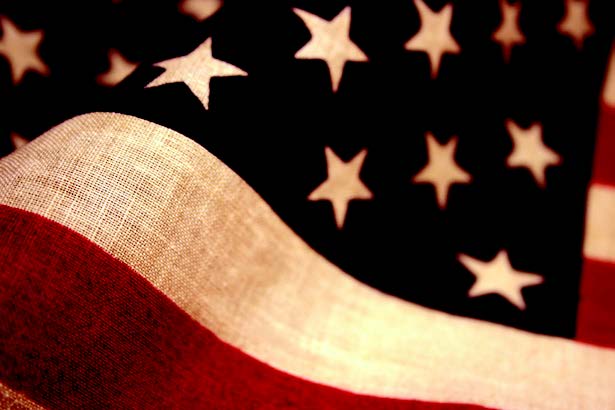 The National Society of The Colonial Dames of America works to inspire all people to understand and honor our origins as a nation.

The NSCDA has been a leader in the field of historic preservation, restoration and the interpretation of historic sites since its New York Society first undertook the preservation of the Van Cortlandt House in 1896. Today, forty one diverse properties are owned outright by the Corporate Societies of the NSCDA. Thirteen additional museum collections are owned by the Dames and thirty more properties receive substantial volunteer and financial support. In November 2000, the NSCDA received the prestigious Trustee Emeritus Award for Excellence in the Stewardship of Historic Sites from the National Trust for Historic Preservation.

Three properties, Dumbarton House, Gunston Hall Plantation, and Sulgrave Manor belong to all Colonial Dames, and it is our responsibility to support and maintain them. A fourth property, the Condé-Charlotte Museum House in Mobile, Alabama, has been restored and refurbished by The National Society of the Colonial Dames of America in The State of Alabama. 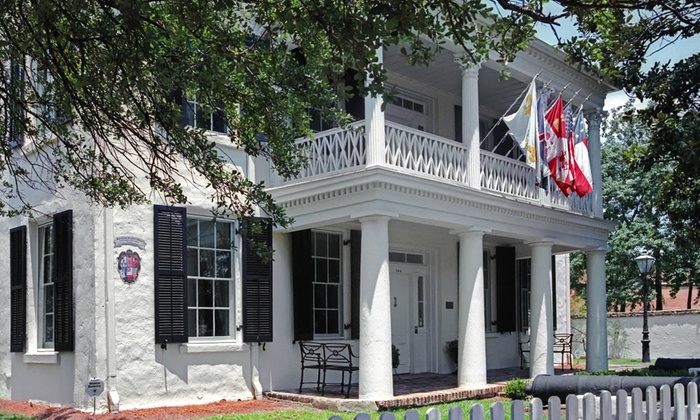 The mission of our Condé-Charlotte Museum House is to preserve the historic structure and its collections and to educate the public by interpreting the history of the site and the French, Spanish, English, American and Confederate periods in Mobile. Our house is listed on the National Register of Historic Places. The house has been owned, preserved, and operated by The National Society of the Colonial Dames of America in The State of Alabama since 1957.

The Condé-Charlotte Museum House, also known as the House of Five Flags, is located on Theatre Street, adjacent to Fort Condé. It is beautifully furnished with period antiques depicting Mobile’s history under the five flags. Visitors of the house and garden get a unique overview of the history of the Mobile area. The French ruled the Mobile area from 1711-1763; the British from 1763-1780; and the Spanish from 1780-1812. The area became American in 1813, which continued until the beginning of the Civil War in 1861, when the area was part of the Confederacy.

The house, built by Jonathan and Elizabeth Kirkbride in 1850, was built on the site of an old jail, which dates back to 1822. A two-foot thick brick floor and doors from the jail remain on the site. The Condé-Charlotte House has been furnished to include a French sitting room and bedroom, a British “commandant’s room” and walled Spanish garden of late 18th century design. Also in the House Museum, you will see an American Federal dining room, two 1850’s bedrooms, two Confederate parlors, plus a kitchen filled with 19th and 20th century equipment. Using the house and collections as tools, trained guides offer an overview of the area’s history in an interesting 45 minute tour. The variety and authenticity of the furnishings and period antiques make this a charming museum. 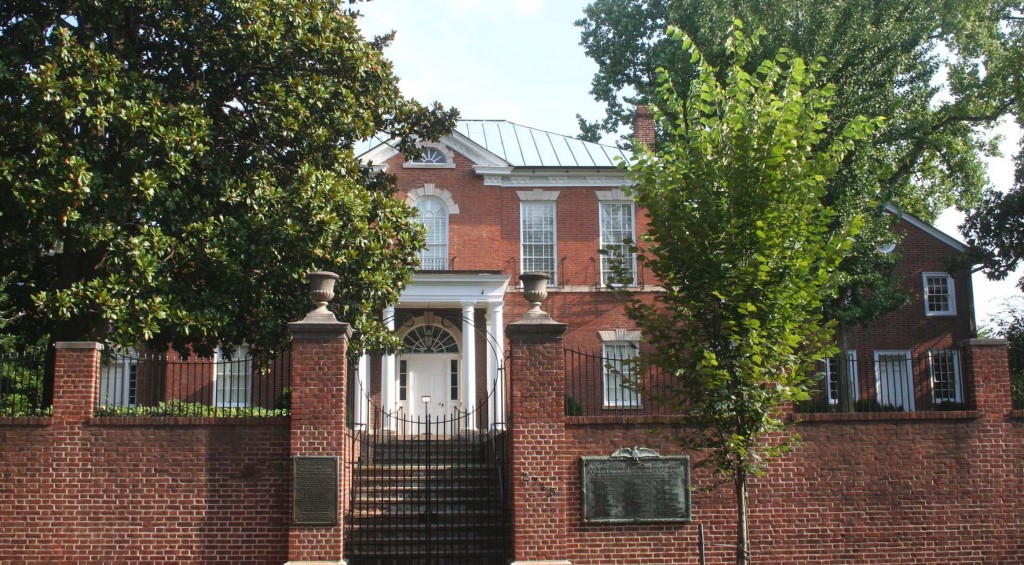 The Society headquarters is located at Dumbarton House in Washington, D.C.  It is a Federal period historic house museum, ca. 1800, whose historic structure and collection are preserved to educate the public about life in Washington, DC, during the early years of the Republic.  The museum features a significant, extensive collection of Federal-era decorative arts, paintings and furniture, and is the only fully-furnished Federal house museum open to the public in Washington.  Dumbarton House serves as the headquarters for The National Society of The Colonial Dames of America, a women’s organization that actively promotes our national heritage through historic preservation, patriotic service and educational projects.  The life and times of Dumbarton House’s first resident (1804-1813), Joseph Nourse, is the interpretive focus; Nourse served as first Register of the U.S. Treasury under six U.S. presidents and is known as “America’s First Civil Servant.” Dumbarton House is accredited by the American Association of Museums. 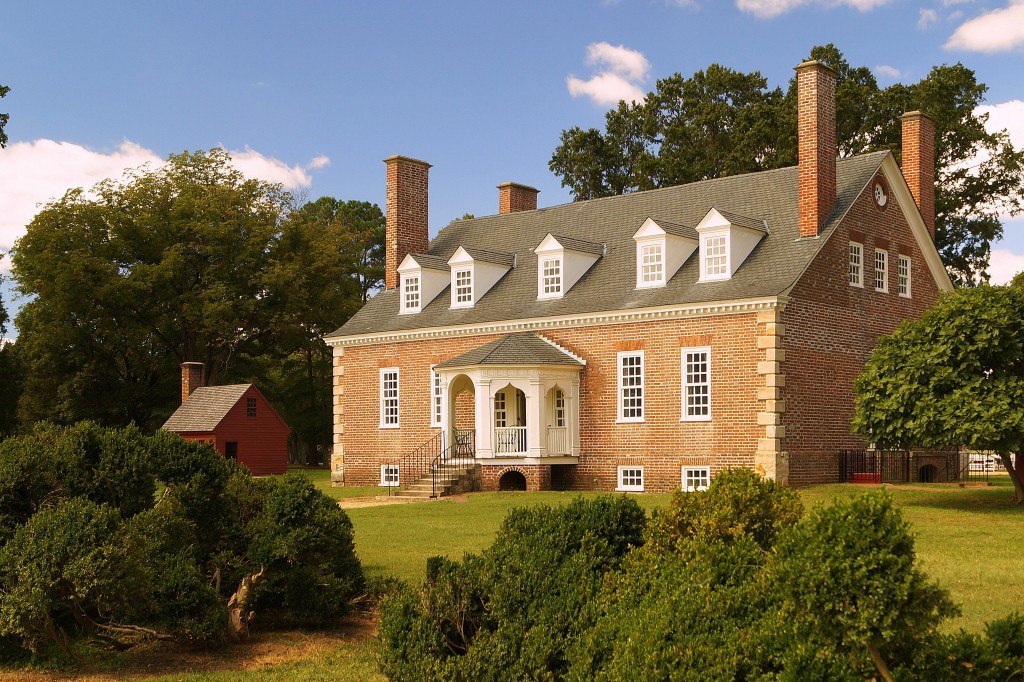 The property is owned by the Commonwealth of Virginia and administered by a Board of Regents of The National Society of The Colonial Dames of America.

Gunston Hall was the home of George Mason, gentleman farmer and author of the Virginia Declaration of Rights, a document that served as a model for the U.S. Bill of Rights and one which called for freedom of the press, tolerance of religion, and other fundamental democratic principles.

Built on the Potomac River between 1755 and 1759, the Georgian style mansion features some of the finest hand-carved ornamented interiors in the country, showing the hand of 18th century architect William Buckland. In addition to a schoolhouse, restored outbuildings include a kitchen, dairy, laundry, and smokehouse. Visitors may tour the mansion and grounds, including formal gardens, deer park, and farmyard with historic livestock. 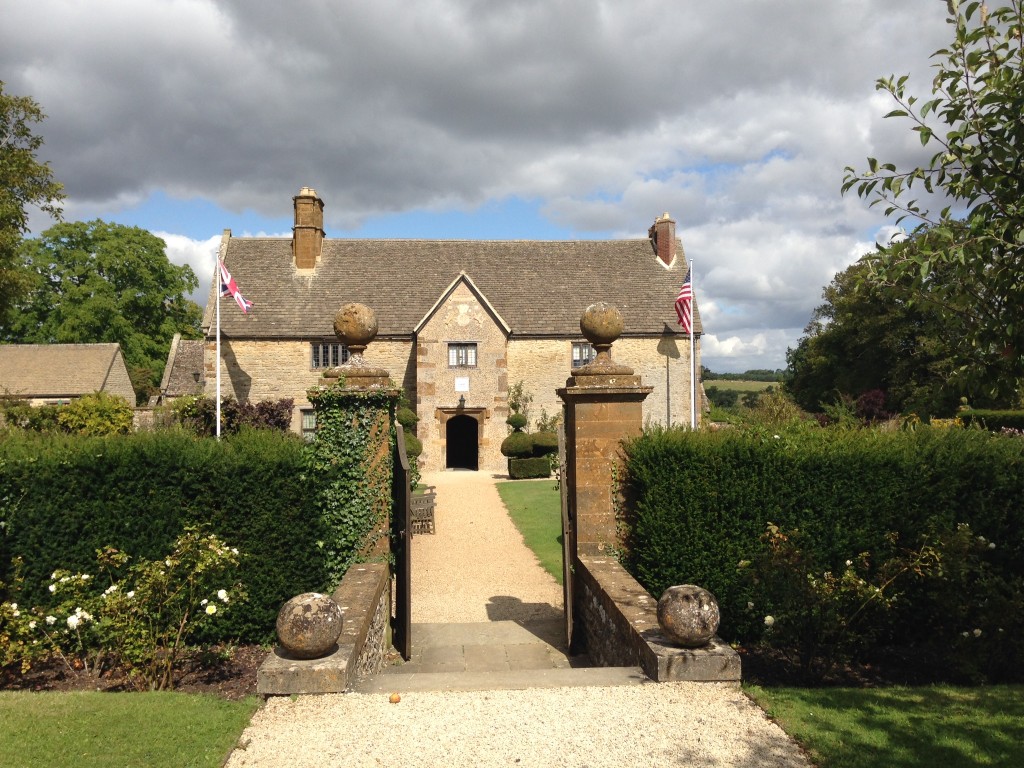 Sulgrave Manor, a superb example of a 16th century manor house and garden, was built by Lawrence Washington, direct ancestor of George Washington, first President of the United States.

In 1914, Sulgrave Manor was presented by a body of British subscribers to the people of Great Britain and the United States, in celebration of the Hundred Years of Peace between the two nations. In 1924, the National Society of The Colonial Dames of America raised $112,000 from 35,000 subscribers to endow the manor and grounds in perpetuity.

Rooms are furnished in either the Tudor or Queen Anne period; the Great Kitchen and Deed Room are especially interesting. Upstairs, three bedrooms are beautifully furnished with rare embroidered bed hangings and period items. The gardens, including fine topiary work, are important for garden enthusiasts. Nearby is the 15th Century church where the Washington family worshiped.

Two members of The National Society of The Colonial Dames of America serve on the Sulgrave Manor Board.

More information is available on the Sulgrave Manor website.